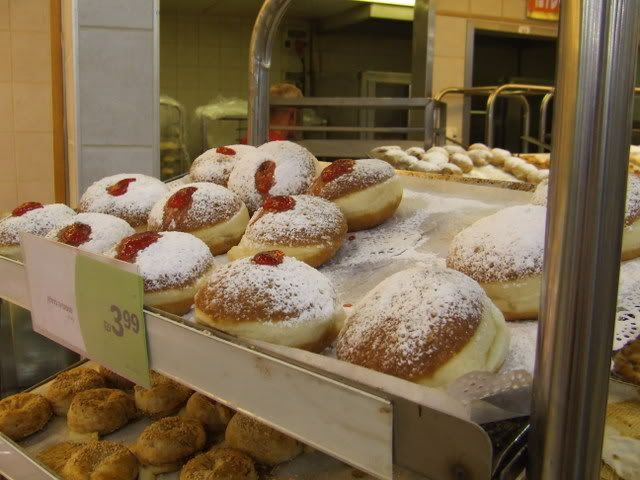 Hopefully the donut making will improve with experience...
Posted by Pesky Settler at 3:00 PM

it is officially hannuka season when the sufganiyot start appearing!

My opinion on this: see:

But at least its after sukkot. But I b'priceep' buy only Rosh Chodesh Kislev, and on channukah