June is going to be a busy one for me!

Submissions have been sent for the KCC, JPIX and my first ever participation in the HH carnival.
Posted by Pesky Settler at 11:00 PM 1 comment:

Two out of three ain't bad

I'm calling the lemon and vanilla extracts a success. The mint is technically still unknown, but I'm fairly certain it was a fail. 1 liter vodka, 4-5 vanilla beans. 7 weeks in a dark closet. I split and scraped the beans and added the scrapings to the vodka along with the beans. We decanted some of it after 7 weeks because I had just run out of the last batch. So about half is still in the dark closet with the beans. The color is a gorgeous honey-brown and the scent of vanilla is wonderful. And the taste.... whoa... 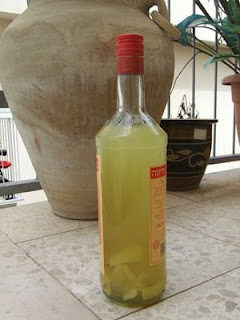 Empty the bottle of vodka into a bowl. Pour the juice of at least 5 lemons into the bottle along with strips of zest from at least 4 lemons. Fill the bottle with vodka and let it sit on a shelf for at least 4 weeks. I let it sit for almost 7 weeks before straining. The smell of lemony citrus was fantastic and the taste was a great balance of lemon and alcohol.

We won't discuss the mint here...
Posted by Pesky Settler at 7:55 PM No comments: 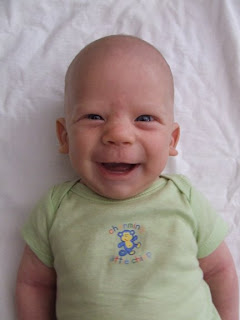 I DARE you to look at this picture and not smile back...
Posted by Pesky Settler at 4:29 PM 1 comment: 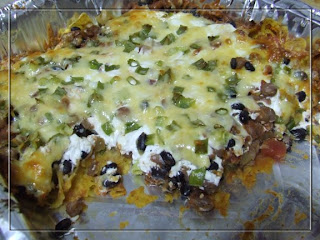 COOKING INSTRUCTIONS: Preheat oven to 350 degrees.
In a large skillet, combine beans, salsa, taco sauce, cumin, chili powder and garlic powder; heat to a simmer, stirring occasionally.
Place tortilla chips in an un-greased 2-quart casserole; top with bean mixture. Spread sour cream over the top, then sprinkle with onions, tomato and cheese; bake, uncovered, for 20 to 30 minutes, or until hot and bubbly.
Garnish with shredded lettuce and additional taco sauce, if desired.
Posted by Pesky Settler at 1:33 PM No comments: 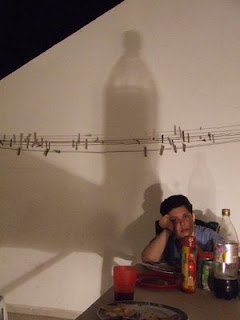 Posted by Pesky Settler at 11:39 PM No comments:

The controversy stemmed from Massachusetts team who was unable to compete during a competition for religious reasons.

The team from Maimonidies School, an Orthodox Jewish high school in Brookline, Mass., is forbidden for religious reasons to take part on Saturday.

The school petitioned the board to compete instead on Thursday and Friday, but the petition was rejected.

A decision was made by Superior Court Chief Judge Doris Downs that unless accommodations were made allowing the Maimonidies School team to participate, the Fulton County Courthouse facilities would no longer be available for the mock trial competition.
Posted by Pesky Settler at 4:51 PM No comments:

Obligation to our pets

Judaism has several laws regarding how one should treat animals - both the ones you own, the ones your neighbor own and those in the wild. There is an issue of Tzar Ba'alei Chayim, of causing an animal distress or suffering or pain.

Anyone who has owned anything larger than a rabbit will most likely say that when their animal showed signs of distress, the animal was taken to a vet.

So where does that leave the pet parakeet? The guinea pig? (although to be fair, often the first you realize there's something wrong with the budgie is when it's claws up at the bottom of the cage)

A young woman on Imamother, who lives on an apartment in a settlement in Israel has several chickens she keeps in a coop in her yard as well as a budgie and several fish indoors. She's thinking of expanding to a rabbit or two and maybe turtles, all to be kept outside. The reason for her post was for other suggestions for low and easy maintenance animals to keep.

Instead of animal ideas, I offered her some food for thought:

1. I don't think her (ultra-Orthodox) neighbors signed up to live near a 'farm'... between the animal noises and the smell, I don't think they'll appreciate this endeavor.

2. The cost of food and the vet when an animal gets sick.

3. The time it takes to keep things clean.

4. She'll need to find someone to take care of the animals whenever you go away.

5. She's having a baby (In addition to already having a 1 and a half year old and she runs a Ma'on from her house).

The young woman briefly touches upon the smell and noise thing and ignores points 3, 4 and 5 completely.

Here's what she had to say about point 2: Most of these animals eat kitchen scraps or backyard weeds. I don't believe in taking animals to the vet. (Stone me, ok? I don't believe in investing a fortune on animal care. If they're that sickly, they can be put to sleep.)

I asked her if she'd ever heard of Tzar Ba'alei Chayim... to which she said: I will not pay more than I pay for an animal to take it to a doctor. Animals are not people, and I dont think tzaar baalei chayim involves taking chickens or birds or hamsters to vets when they have a cold or the flu or whatever. If it were an expensive animal like a goat, I would for sure take it to the vet if it was sick because I wouldnt want to lose the hundreds or thousands I invested. If I saw an animal was really suffering, I'd take it to go to sleep. I think people that treat animals like people are misguided. Animals are not people, and not doing the same for an animal that you would for a person is perfectly fine, as long as you're not intentionally letting it suffer. Do you really think that for thousands of years, all torah jews that owned a chicken or whatever would take him to a "doctor" when something didnt look right?

Funny, but the Torah actually treats animals 'like humans'... Shiluach haKen off the top of my head. And there are several other Halachot about treating animals.

Personally I find her cavalier attitude about animals to be rather disgusting, but... whatever.
Posted by Pesky Settler at 7:22 PM 1 comment:

Rules: Ten honest things about me, then pass it on to seven bloggers.

1. I really hate these things and rarely do them and more often than not don't tag anyone.

3. The only reason I'm not wearing jeans any more is because I lost weight and they don't fit. I may buy new jeans when we go to the US.

4. There was a time in my life when I was ready to walk away from my kids and Judaism.

5. I may stop going to the Pirke Avot class because learning Pirke Avot and seeing what is practiced is pissing me off... at the Rabbis and so-called 'gedolim' who are allowing fanaticism to rule.

6. I knew from the moment I saw my husband he was the one for me.

7. My Aliyah was not really my choice. I was passive-aggressive about the whole thing and spent a miserable first 3 years here.

8. Making Aliyah has made me more spiritual.

9. I have very low self-esteem.

Is this the party with whom I am speaking

Them: May I speak with a Nati, please?

Me: Nati is 2 years old. This is his mother.

Them (laughing): Ok, this is FedEx, will someone be home tomorrow? 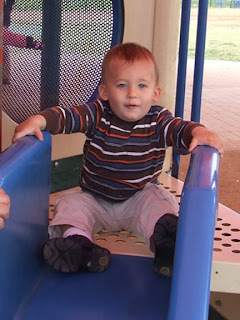